True to its reputation for leading the way, Venus Packaging has released its strongest ever big square baler twine. Venus Red Force+ meets the rigorous demands of the highest density balers.

Field testing in late 2019 showed that Red Force+ has an average knot strength of 350 kgf, and is an easy match for the harshest and most densely-baled crops.

Red Force+ is made from polypropylene polymers specifically formulated to produce a soft, highly-fibrillated and UV-stabilised twine. Each two spool pack contains 1936m. 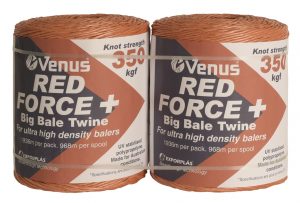 This season Venus is adding a new German made silage film under the Osprey brand. This is a 5 layer 25 micron green film.

Another relative newcomer in the Venus range is Venuspower XL silage film.

Venuspower XL comes on extra-length 1650m rolls, which are popular because more bales can be wrapped before changeover. The seven layer green film is 750 mm wide and 22 microns thick.

Both versions of Venuspower are European-made and give 55-70 percent stretch. They are UV stabilised to suit Australian conditions up to 180 kly for a minimum of 12 months. 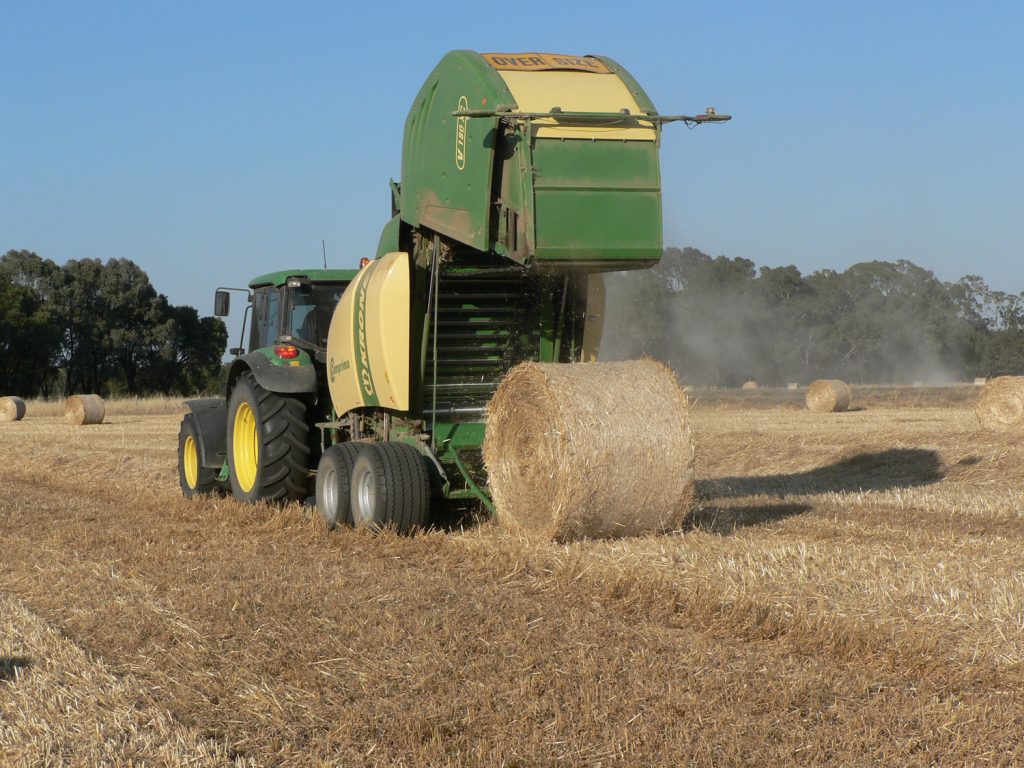 Totalcover Pro with distinctive green and orange selvedge is the latest addition to the Totalcover netwrap range. It comes in weights of 11 and 12.3 gm/linear metre with tensile strengths of 260 to 280 kgf and 290 to 310 kgf. 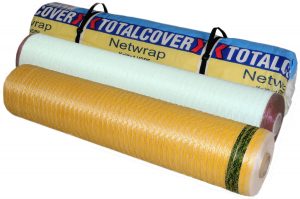 The range also includes Totalcover 42 and 44 chain, which with its strong but lightweight construction can be used where a heavier netwrap would normally be needed.

For example, 1.23m wide, 10 gm Totalcover is 42 chain and has 260-280 kgf break force. It can be used wherever 11 or 12 gm netwrap would normally be used. This means real savings for farmers and contractors.

Venus Packaging also markets silage pit covers plus an extensive range of baler twines for all types of big square, small square and round bales.

Google Rating
4.6
Based on 75 reviews

Sarah McGlashan
05:38 04 Aug 22
Peter provided amazing service, products have great pricing and the delivery was super quick! Couldn't fault our experience with Venus Pack and will happily shop there again! 10/10. Thanks- Sarah - Mobility and Wellness.

Michelle Lopez
02:27 25 Jul 22
Second time I've ordered with these guys and the customer service is second to none. Very prompt replys to emails and the ordering process is so quick, easy and thorough. Very speedy delivery too!

Abhi S
23:21 20 Jun 22
Always easy to deal with. Got a few samples and ideas from the crew for what I needed before purchasing packaging over the last 2 years.

Factory Sales
03:58 01 Jun 22
First class service - deliver what and when they say they will

Fifita Puku
03:08 16 Jul 21
Pleasure to do business with. Speedy and efficient process especially during these COVID conditions, terrific communication.Will definitely be a return customer.Cheers Jamie Pang for a painless transaction.

pankaj agarwal
04:31 14 Apr 21
As a small Business owner it is very challenging to find the right product. As we are price sensitive and look for the best quality option with 1,000 questions to ask. Venus Packaging makes you feel that they are there for you and for your needs no matter how many questions you ask and even go there and try the product as a trial. Very happy with their sales and customer service. A special shout out to Jamie Pang who is their sales exec and does a top job.RegardsPankaj AgarwalFounder/DirectorPure n Cure Pty Ltd

PHONG NGO
00:37 14 Apr 21
I am very happy to deal with Venus Packaging. Their products are quality, lead time is so efficient and the service is excellent. Well deserved a 5 stars.

A karatau-keightley
07:29 12 Nov 20
I did my homework before purchasing through this business. Great to know they were local business...Victoria, and beautiful efficient and friendly service. Good providing some guidelines to help my packaging issues and my purchase arrived within two days. Thankyou Venus Packaging.

Rich Pascall
21:19 25 Sep 20
Great customer service, we've been looking for, "easy to use" ties for our fruit trees, Jamie was very helpful providing information and samples to help us decide, thank you. We only had a very small order but, were treated as if we had placed a large order! Do you have an Instgram account so I can follow you? Would not hesitate to use this company again.

John O'Callaghan
08:32 09 Sep 20
I have bought from Venus 3 times since the Victorian lockdown started, and their products are of high quality and the customer service is really great. The sales staff explained my packaging options really well over the phone which allowed us to make an informed (and cost-effective!) decision on what was best for our company. It was easy to collect (contactless arrangements) too. Also the machine techs / after sales service was spot on. Thanks guys.

Navjot Singh
08:46 03 Jun 20
Great sales team that goes the extra distance to get the information you need! Used the guys twice now and cant say I have a single complaint!

Rory Rathbone
02:16 20 Mar 20
Exceptional customer service. Alexander went out of his way and kept me updated with the progress of my delivery which I needed urgently.

Rory Rathbone
04:13 05 Sep 19
Exceptional customer service. Alexander went out of his way and kept me updated with the progress of my delivery which I needed urgently.

Brendan Renehan
06:21 14 Aug 19
Jamie was very helpful with providing the best model for our needs to seal bags and the delivery driver Paul was happy and prompt with delivery. thanks for your service Brendan RConnell Bros Dispatch Manager

Remmi Aloni
02:15 21 Jan 19
The customer service is very good. They were lovely to deal with, very helpful and were able to offer me the products that I needed. Highly recommend!
See all reviewsWrite a review